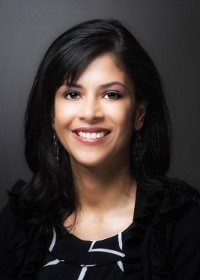 Jhumka Gupta, ScD, is an Associate Professor in the Department of Global and Community Health within the College of Public Health. Her research program applies a social epidemiology framework towards advancing the science of gender-based violence against women and girls (e.g. intimate partner violence, sex trafficking). Specifically, she investigates the mental and reproductive health implications of gender-based violence, and conducts intervention studies aimed at reducing violence against women. Her primary focus is with vulnerable populations, both within and outside of the United States, and includes refugees, immigrants, and communities impacted by conflict. She has authored or co-authored over 50 peer-reviewed publications on these topics. She also serves as Associate Editor of BMC International Health and Human Rights.  Prior to coming to Mason, Dr. Gupta was an Assistant Professor at the Yale School of Public Health.