2022 Dean's Seminar Series - About Our Speakers

About the 2022 Dean's Seminar Speakers 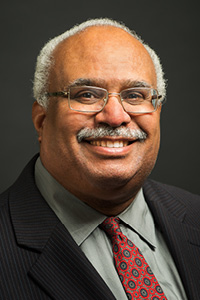 Dr. George Benjamin is a longstanding public health expert and leader. Currently, he is the Executive Director of the American Public Health Association (APHA), which is a position he has held since 2002 in leading the Association’s efforts to make America the healthiest nation. Prior to joining APHA, Dr. Benjamin served as Maryland’s Secretary of Health preceded by an earlier role as Deputy Secretary for Public Health Services. As Secretary, he oversaw a departmental budget of over $4.5 billion and 10,000 state and local employees. A notable accomplishment under his tenure was the expansion and improvement in the quality of the State’s Medicaid program, as well and improvements in the health of Marylanders.

By matter of background, Dr. Benjamin is a graduate of the Illinois Institute of Technology and the University of Illinois College of Medicine. He is board-certified in internal medicine and a Master of the American College of Physicians. Dr. Benjamin has authored more than 160 scientific articles and book chapters. His recent book entitled “The Quest for Health Reform: A Satirical History” is an expose of the nearly 100-year quest to ensure quality, affordable health coverage for all through the use of political cartoons. Dr. Benjamin is an elected member of the National Academy of Medicine of the National Academies of Science, Engineering and Medicine. Dr. Benjamin also serves as a board member of various organizations to including Research!America, the Reagan-Udall Foundation, the Environmental Defense Fund, and the
Truth Initiative.

A recipient of many awards and special recognitions, Dr. Benjamin was named one of the top 25 minority executives in health care by Modern Healthcare Magazine in 2004 and 2008 along with being voted as among the 100 most influential people in health care from 2007-2018, and one of the nation’s most influential physician executives from 2009-2015. He is also a former member of the National Infrastructure Advisory Council, which is a council that advises the President on how best to assure the security of the nation’s critical infrastructure. 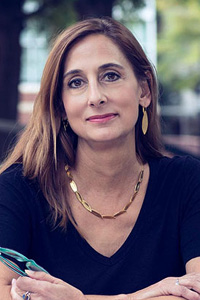 Dr. Siega-Riz is an internationally-recognized reproductive and perinatal epidemiologist with particular expertise in maternal and child nutrition. Much of her research focuses on the first 1,000 days of life where she seeks to understand maternal weight status and dietary behaviors in the etiology of adverse pregnancy outcomes, such as gestational diabetes, pregnancy induced hypertension, pre-eclampsia, and preterm birth. Her research also involves exploring pregnant women’s food reward and sensitivity and the association between maternal pre-conceptional health and childhood eating and weight status among Hispanic populations.

Dr. Siega-Riz is the (co)author of over 200 papers in addition to having given numerous invited talks and seminars. She has served as an advisor and mentor for many students and postdoctoral fellows in epidemiology, maternal and child health and nutrition; her mentees have been appointed to various academic and research positions. She has a strong trajectory of past and active extramural funding that supports her program of research and student involvement.

She is the recipient of notable awards in recognition of her research and scholarship, including her appointment to various expert committees for the National Academy of Sciences, Engineering and Medicine in evaluating WIC, revisiting pregnancy weight guidelines, nutrition during pregnancy and lactation, and sugary beverages. She serves as the Editor for Current Developments in Nutrition and on the National Institutes of Health Council and on the Nutrition Board for the National Academies of Sciences, Engineering and Medicine. 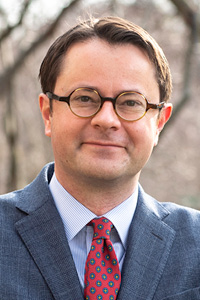 Dr. Tyler VanderWeele is the John L. Loeb and Frances Lehman Loeb Professor of Epidemiology in the Departments of Epidemiology and Biostatistics at the Harvard T.H. Chan School of Public Health, where he is also the Director of the Human Flourishing Program and Co-Director of the Initiative on Health, Religion and Spirituality at Harvard University. In addition, Dr. VanderWeele holds faculty appointments at other institutions. He has earned degrees from the University of Oxford (B.A. and M.A. in Mathematics and a second B.A. in Philosophy and Theology), University of Pennsylvania (M.A. Finance and Applied Economics) and Harvard University (A.M. Mathematics and Ph.D. in Biostatistics). In 2020, he was awarded an honorary Doctor of Humane Letters from Catholic University of America.

Dr. VanderWeele is exceedingly well-known for his methodological research aimed at distinguishing between association and causation in the biomedical and social sciences. More recently, Dr. VanderWeele’s research addresses measurement theory and the importance of incorporating ideas from causal inference and analytic philosophy into measure development and evaluation. His public health research spans perinatal, psychiatric and social epidemiology, the science of happiness and flourishing, and the study of religion and health including their role in end-of-life care.

Dr. VanderWeele has (co)authored over 350 publications along with four books - Explanation in Causal Inference, Measuring Well-Being, Modern Epidemiology 4th Edition, and Handbook of Religion and Health. In addition, he has presented over 300 invited addresses, talks and seminars and currently oversees $10 million in actively-funded research largely as the principal investigator.  Dr. VanderWeele is a mentor to many master and doctoral students and post-doctoral fellows who have gone on to academic and research positions at leading institutions.

Dr. VanderWeele is generous with his time including his past and current editorial board service across disciplines, viz., Editorial Board for Epidemiology, Journal of Causal Inference, Sociological Methods and Research, and Journal of Positive Psychology and Well-Being. He is the Statistical Editor for JAMA - Psychiatry. Dr. VanderWeele’s scholarship and service have earned him notable awards including the 2012 SPER Rising Star Award, APHA’s Mortimer Spiegelman Award and the John Snow Award, Committee of Presidents of Statistical Societies’ Presidential Award, and election as fellow of the American Statistical Association.